One word!
Today was the second day of the convention.  I can describe it in one word: exhaustion! I’m soooo tired. Walking 12 hours a day in New York and sleeping for less than 6 hours a night will cause a human being to feel tired.

Dancehall!
The best class up till now was my dance hall class.  It was awesome. It was the best class I had at last years convention but it will probably be the best class of this year as well. The movements are crazy sharp. The presenter Catherine Chiemelu has the most powerful core I have ever seen. The way she. Ives her hips makes me wonder if she consists of muscles and bones or just muscles. It’s awesome and inspiring at the same time to see her move.  I learned a lot and will definitely include some of the steps in next weeks class. 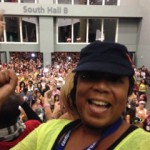 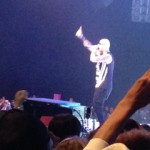 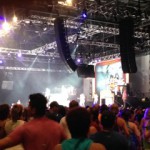 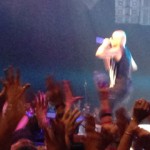 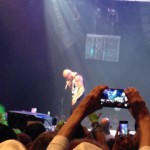 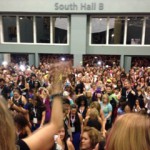 Extra curricular activities
This years convention isn’t all about dance for me.  Now that I’ve found my partner in food rime, we hit the restaurants each day. Today we went to the Cheesecake Factory.  The size of the meals is real American.  It’s huge! Check the pictures.  I ordered nachos and it was an appetizer!

Fitness concert
In the evening we had a fitness concert. The guest star was Wishin. He’s a well known reggaeton performer.

Talk to you tomorrow!