Suitcases and weight
I really struggled with all the weight. My suitcase was over 50 pounds so I
decided it was time to start using the second suitcase I brought. This was in the other suitcase all the time. So I had three pieces, a trolley carry on, a medium suitcase and a large suitcase. That is until Burt mentioned that it was very impractical since I would be using public transport to get to JFK.

Re-packing
So I re packed. Tried cramping everything in two items.  Which really resulted in an extra heavy carry on.  But I managed and went to bed feeling happy that I solved this. But while sleeping I wondered about the maximum amount of weight I was allowed. Was it even 50 pounds?

Checking
And indeed the delta website mentioned my suitcase was allowed to weigh 70 pounds! So guess what? Repacking! I almost left the hotel late.  But arrived in time at the airport and found Zumba peeps at the gate. Yeah! I even found two ladies to share a taxi with!

Food!
I found my new roommate after a while and we had a nice time. The third roommate soon and we went grocery shopping. By then it was already 9 pm! And I didn’t even had breakfast yet.  I was starving! So my third room mate took me to ……….drum rolls please…..Carrabba’s! There is a recently opened Carrabba’s down the street of our hotel. It opened a week ago! Because it was late there wasn’t a lot of traffic and we could sit outside! It was awesome! See the pictures of the food. It was yummie!

Diner was great.  I had zuccini fritta which was great.
Tricia had shrimps diavolo.  They were prepared with al lot of lemon garlic peppers and lightly fried in crunchy batter! As entree we had salmon with mashed potatoes and I had Lobster with mac and cheese! 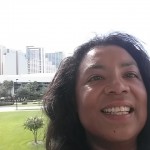 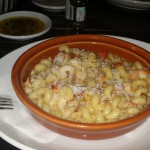 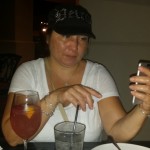 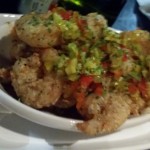 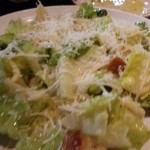 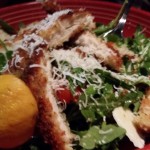 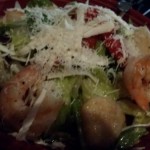 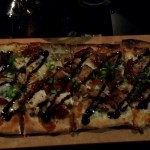 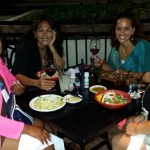